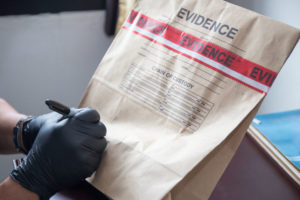 E-mail messages can do a lot for you if you write them properly (and can get you into trouble if you don’t). In particular, they can document your work and your relationship with your teammates in a way that will prevent them (or your boss) for blaming you for others’ failures later.

If you need something from a colleague that is critical for your own work, make sure to say this in your e-mail request. Explain exactly what will happen and why if they fail to do what you ask. Will it mean a missed deadline? Will it cost the company money? Will it annoy the client? Also, explain why it’s not possible to get the information (or whatever it is you need) from elsewhere.

Of course, if you’re in the situation where someone seems to be continually ignoring your e-mails it could be that a phone call or face-to-face meeting would be more productive. Your colleague might be waiting for someone else in their team to give them what they need, or there may be politics or some kind of reorganisation within their team that you don’t know about. (You’d be amazed how often it happens that people are reassigned from one team/project to another without any of their colleagues in other teams being told!). There may also be more difficult issues: illness, stress, overwork, depression, bereavement. Once you understand the problem you may be better able to work around it.

Though there may be a good reason for the radio silence, some people are just lazy or incompetent (or both), and you will likely need some strategies to deal with them.

If the colleague is repeatedly failing to deliver, you might copy in or blind copy in (cc or bcc) a boss or other team member. If you haven’t used bcc before, people listed in the bcc line to receive the message, but without their name appearing in the message header that the receiver sees. The receiver does see people copied in on the cc line. Note that people in the bcc line will not see any reply that your correspondent sends.

The advantage of using cc is that the person that you are sending to knows that someone else has seen what that you’ve asked. So, for instance, if you cc someone’s boss on an e-mail where you point out you’ve asked for things three times, quoting your previous requests in the e-mail so that it’s completely evidenced, then that person knows that they cannot claim to their boss that they didn’t know what you were waiting for. This should put pressure on them to do what you are asking.

On the other hand, bcc is good for when you have someone whose unreasonable behaviour you want to show to others, without risking alienating them by letting them know you’re doing. This can be good when you are worried about a situation deteriorating and want to keep (for instance) your boss in the loop so that they can step in if things go too far.

Another thing that e-mail can do is to act as an archive of decisions made in meetings or calls. So, for instance, if you have a casual meeting with a colleague and they say they will do something for you by a given date then you should immediately send them an e-mail thanking them for their help, and making clear what they have agreed to, why, and by when. (Likewise, it’s good practice to do this if you’ve promised to do something for them.) This is not only a useful record for you, but it makes it easier for the person you are writing to: they now have the full details of what you wanted and a deadline so that they can put it into their to-do lists.

Getting into the habit of writing-up meetings as e-mails is a good practice. It means that – if you have to deal with someone who habitually says one thing and does another – you have evidence of that. One way of getting people to passively endorse your e-mail record of a meeting is to add some wording to the following effect: “This is my understanding of our meeting, but please do get in touch immediately if there is anything that I have missed or got wrong.” This way, in the absence of any response, your e-mail will stand as an accurate reflection of what was said.

Sometimes, a bigger problem than recording decisions is getting people to make them in the first place. I’m going to tackle that thorny issue specifically in the next post.